The 32th International Film Festival Message to Man will take place on October 21 – October 29, 2022. The last three decades represent the history of our film festival, from the very first exalted celebration held during perestroika to impressive modern-day premieres on the Palace Square and master classes taught by the greatest film directors, attracting hundreds of people.

One only has to take a look at the list of the 29th film festival winners to understand the place the film festival has taken in Russia and the world. The main competition winner was Luke Lorentzen’s Midnight Family (USA), which later made it to Oscar’s longlist. The Best Début prize was awarded to Honeyland (North Macedonia) directed by Ljubomir Stefanov and Tamara Kotevska that received not one, but two Oscar nominations. The national competition winner, Ksenia Elyan’s How Big Is the Galaxy?, was featured at dozens of film festivals. There have also been feature and animation shorts from all over the world. The IN SILICO competition of experimental films that has evolved into the festival’s most popular program. Honorary awards to Werner Herzog, Ulrich Seidl, Claude Lanzmann, Paolo Sorrentino, Isabelle Huppert, Udo Kier, and many other friends and guests of the festival.

It’s three decades of contemporary history of modern Russia, painfully finding its own way after the breakup of the Soviet Union.

It’s also the story of the new Russian documentary film industry that has followed a winding road, transitioning from the TV-style opinion journalism to the rigorous art of reality-watching, and found its own peculiar style and form, having beaten many a path in our public space that is yet to be fully shaped. Documentaries of today, conquering new virtual spaces and recruiting their creators not only in the filmmaking community but also among journalists, bloggers, and simply passionate people, shape the Russian civil society. They become our historical memory, our instrument of self-cognition.

The last three decades also marked a milestone in the history of the world’s documentary filmmaking that managed to escape its reservation and get on the same level with feature films; today, documentaries getting a wide release and competing as equals at the biggest film festivals, starting with the one in Cannes, are no longer uncommon.

And not uncommon at all are the films that cannot be clearly labeled as feature or documentary, but feed undoubtedly on the reality’s fresh blood, breaking very far away from the conventionality of the studio-confined “cinéma du papa,” scorned back in his days by François Truffaut, the theorist and practitioner of the New Wave. It’s films like this that the Message to Man screens in its Superreal Cinema and Panorama.doc programs.

The new New Wave – here’s a fitting name for the revolution that auteurism has experienced in these last three decades. At some point, it seemed that it might yield to the onset of the profit-oriented cinema. But it turns out that its connection with reality cannot and will not be severed. And it’s the documentaries and documentary material-based feature films that play the leading role in ensuring that connection today.

These three decades also tell the individual stories of creators who defined the cinema so highly regarded by the Message to Man festival. Professionally, those were the most productive years for the directors born in the 1960s who have entered the art world virtually at the same time as the first Message to Man (1989). They are Viktor Kossakovsky and Sergey Dvortsevoy, Lauren Greenfield and Thomas Balmès, James Marsh and Vitaly Mansky.

The festival was created in accordance with Resolution No. 29 of the USSR Council of Ministers, dated Jan. 16, 1989:

«…to accept the proposal of the USSR State Cinematography and the USSR Filmmakers’ Union, with the support of the Leningrad Executive Committee, on holding in Leningrad the first International Documentary Film Festival on the dates of Jan. 25–31, 1989, under the motto ‘Message to Man’ … to approve the composition of the organising committee…»

It was founded by Mikhail Litvyakov, who is now the Honorary President of the Festival.

Since 2010, Alexey Uchitel, director of documentary and feature films, People’s Artist of Russia, is the President of the Festival.

In accordance with regulation, the festival has:

More than 200 films from around the world are screened in the competition and special programs. On average, the festival receives about 7000 films for selection each year.

The festival has received accreditation from the International Federation of Film Producers Associations (FIAPF), France.

Since its foundation, the festival has received financial and organizational support from the Russian (formerly USSR) State Cinematography Committee, the Russian Ministry of Culture and its cinema department, and the St. Petersburg Government and its Committee for Culture. Recently this list has been supplemented by the Federal Foundation for the Social and Economic Support of National Cinematography.

The basis of the Festival

The president of the Festival, film director, producer, People's Artist of Russia

The emblem of the Festival and its prize is based on The Infant Centaur, a drawing by Nadya Rusheva. 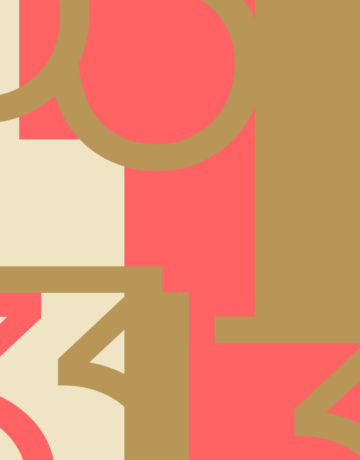