In Silico Experimental Short Film Competition is made up of 11 films representing 5 countries.

“The 12th In Silico Experimental Film Competition, for obvious reasons, has become smaller this year: the programme includes 11 films from 5 countries. The list of participants includes several familiar names: Patrick Buhr, who presents a media study of his personal diary; Alexey Dmitriev, who ironically describes the degeneration of the montage film genre; Alexey Yevstigneev, who animates architectural elements into an abstract cardiogram of post-Soviet reality; Nikita Spiridonov, who combines cinema and physics; and Mikhail Basov, who extracts beauty and music from falling raindrops. This small programme covers a wide range of topics, from totalitarianism and the language of architecture to media archeology and unified field theory. As always, each film works separately, and together they add up to today’s controversial image,” said Mikhail Zheleznikov, curator of the programme. 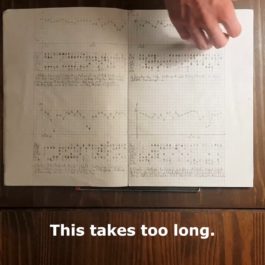 The Song of Bosphorus